Challenger bank Metro Bank has just struck a deal with Zopa, one of the UK’s biggest peer-to-peer consumer lenders, to lend money over Zopa’s platform. The amount lent wasn’t disclosed but a source told Business Insider that it was around “millions a month”.
The pair signalled their ambition in the release announcing the deal, writing: “Zopa and Metro Bank believe this partnership is a great example of how disruptive financial challengers can collaborate to provide additional value and revolutionise the UK banking sector.”
Both companies want to not only steal market share from the UK’s traditional banks but also force them to reinvent their business by doing so. Management at both Metro Bank and Zopa have in the past said traditional banks do not to enough to cater to customers’ needs.
Metro Bank, known for its strong customer service focus, has in the past labelled the UK’s five dominant high street banks “a cartel” and Zopa’s boss Giles Andrews haschided banks for overlooking customers. Clearly these are two companies that aren’t just happy to work alongside traditional lenders.
Zopa’s CEO Giles Andrews said in a statement: “This partnership brings together two key challengers to the traditional financial services landscape and signals our intent to become a mainstream service.” 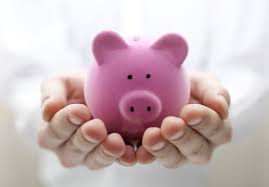