The world of zero interest rates has outlived its usefulness, according to a chorus of influential bankers, watchdogs and economists anxious about asset bubbles and wealth inequality.

As financial markets start bracing for the first U.S. and British interest rate rises in almost a decade, there’s a pervasive feeling that the extraordinary central bank policies of near zero percent borrowing rates, money printing and bond buying are now causing more problems than they’re worth.

Few, if any, now doubt super-easy credit and quantitative easing, for all their spillovers and distortions, were the right medicine to nurse economies out of a systemic banking shock, credit crunch and deflation scare.

But even those who applauded the rescue feel the cure has largely done its job and is now merely spreading other maladies.

“It’s a mistake to keep interest rates this low for so long as it breeds complacency and leads to social inequality,” a top UK bank executive told Reuters. “QE was the right thing to do but I’m not comfortable with interest rates at zero.”

That view is echoed across many central banking and supervisory circles too, where there’s some anxiety that inflation-targetting central banks have been overly mechanistic in prolonging very low interest rates due to a brief oil-led scare on headline deflation late last year.

They worry about the lack of a monetary buffer to deal with fresh economic or financial market shocks and how precarious financial markets have become given how super-easy credit has buoyed both bonds and equities at historically-expensive levels without any commensurate pickup of world growth.

Markets too are antsy about lofty and QE-fuelled financial prices and many are fearful recent tremors in both “safe” AAA debt markets and equity indices are a reminder of unnervingly positive correlations between bonds and stocks in recent months, even though they should typically act as hedges for each other.

And the absence of an obvious haven in a world of pricey assets is another easy money conundrum that argues for its end. “Classic safe haven plays may not be as safe as advertised,” said Blackrock chief strategist Russ Koesterich.

If asset prices have lost sight of the real economy, it’s probably better to remind them sooner rather than later.

“If you’re trying to stabilize markets and if you’re worried about extreme macro risks, then QE works quite well,” said PIMCO’s fixed income chief investment officer Andrew Balls. But “if you’re trying to fine tune growth and inflation outcomes then the evidence is that QE is a pretty blunt instrument.”

Even European Central Bank chief Mario Draghi, who came late to full-blown QE policies this year, acknowledged last week that a volatile surge in what had been near-zero 10-year German government bond yields was something investors just needed to get used to — signalling that even ongoing ECB QE would not simply underwrite bonds at their peaks.

But it’s the unease about how zero rates and QE have aggravated rising wealth gaps that have caused most public debate and heaped on political pressure for a reversal.

Many fear that while easy money supported workers initially by stabilizing and boosting employment, the outsize and persistent lift to stock, bond and real estate prices — owned mainly by the richest — has exaggerated an already extreme wealth skew, especially at a time of public spending cutbacks.

What’s more, Nobel laureate Joseph Stiglitz latest work on rising inequality said QE supercharged the wealth of the elite as they tend to hold more equity and property than middle classes, whose savings are mainly in pension-related fixed income and bonds that were shorn of returns and yield by QE.

Since 2012, for example, total returns on stocks have risen 50 percent while bonds are flat. And surveys of millionaire investors, including one by Morgan Stanley this year, show they hold about a half to two-thirds in equities, real estate or alternatives and less than 30 percent in cash and bonds.

On the other hand, Philadelphia Federal Reserve researchers stress the many offsetting effects of monetary policy in redistributing wealth and claim these often balance out.

For example, they looked at how as QE boosted inflation it might hit older, richer Americans by hitting real bond returns but benefit young, indebted middle classes. On the other hand, the poorest families tend to rely heaviest on cash and rising inflation taxes that over time.

The financial asset picture looks starker. It showed how the richest 1 percent of the population, who hold a third of total U.S. wealth, earn two-thirds of their income from capital investments and business interests — largely equity and property that have been boosted so much by low interest rates.

For the bottom 80 percent of the population, on the other hand, wages are more than three quarters of their income.

Defending the QE he presided over, former Fed chairman Ben Bernanke last week insisted the case for saying QE skewed inequality was not clear cut and the real problem was that too much was expected of central bankers.

“If fiscal policymakers took more of the responsibility for promoting economic recovery and job creation, monetary policy could be less aggressive,” wrote Bernanke, a Brookings Fellow. 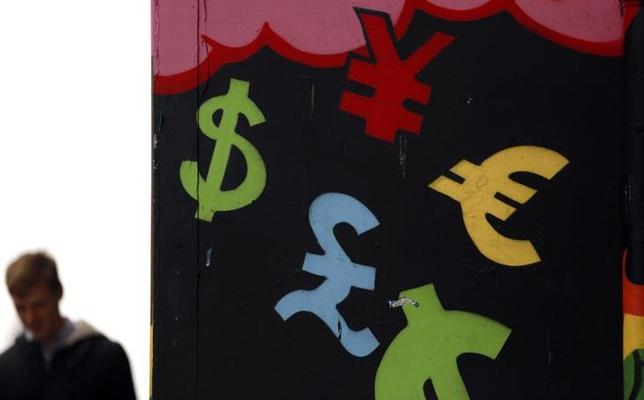