Malta’s budgetary consolidation is expected to continue, leading net general government debt to decline to 55% of GDP in 2018, from 59% in 2014.

S&P is also of the opinion that the ongoing financial crisis in Greece will not have a material bearing on Malta’s credit profile.

“The positive outlook reflects a one-in-three likelihood of an upgrade within the next 24 months if medium-term economic growth prospects are maintained and fiscal consolidation continues, while no bank- or nonfinancial public enterprise-related contingent liabilities or external risks materialize.”

“We believe Malta’s economy will continue to outpace the eurozone as a whole, notably because of investments in the energy sector,” S&P said referring to the interconnector and the Delimara LNG project.

Beyond 2016, further diversification of the economy–particularly into information and communication technology and medical tourism–could boost investment. Domestic demand is expected to be backed by stronger private consumption, resulting from government-mandated cuts to utility tariffs that have reduced electricity prices by 25%.

Lastly, consumption trends are being supported by rising real wages and, more importantly, broader female participation in the labor market.

“On the external side, we view Malta as an open, services-oriented economy. We expect the tourism sector will continue to perform well on the back of a favorable euro/pounds sterling exchange rate, the increased perception of terrorism-related risks in some other Southern Mediterranean countries, and the current turmoil in Greece.”

“We do not believe events in Greece will have a material bearing on Malta’s credit profile. Like all eurozone members, Malta is exposed through common monetary, fiscal, and development institutions such as the European Central Bank, the European Financial Stability Facility, and the European Investment Bank.

“Apart from contingent liabilities associated with those institutions, Malta’s exposure to Greece is limited. Malta’s trade with Greece is small and direct financial links are few. We assess the external debt of Malta’s domestic banks as sufficiently contained such that Malta would cope with a permanent real increase in external funding costs spilling over to eurozone markets from Greece.”

The low corporate tax rate has attracted significant foreign investment into Malta’s banking, insurance, and gaming industries, implying that the economy would be sensitive to potential pressure for a eurozone-wide standardization of corporate tax regimes.

“We expect that Malta will run a small current account surplus over our 2015-2018 forecast horizon, and remain in a narrow net external asset position of about 16% of current account receipts (CARs) on average during 2015-2018.

Offshore banks dominate Malta’s international investment position and it is understood that foreign banks use Malta as a booking center for their own financing needs.

budgetary consolidation. It forecasts general government consolidation to progress gradually through 2018, primarily owing to increased tax receipts from strengthening domestic demand and the expected decline in current expenditure from 2016 onward.

Net general government debt is expected to decrease to 55% of GDP by 2018, from 59% in 2014. General government gross debt forecasted to be 68% of GDP in 2015, excluding the guarantees related to the European Financial Stability.

Enemalta’s government guaranteed debt (9.7% of GDP as of end-March 2015). Enemalta will likely not generate profits until 2017.

“We note that the current drop in international oil prices is helping Enemalta’s expected return on investments. Nevertheless, other state-owned enterprises also represent fiscal risks, as exemplified by this year’s government financial support to Air Malta, estimated at 0.5% of GDP.”

Government guarantees of NFPE debt totaled 16% of GDP at year-end 2014.

S&P reports that without further reforms in the pension and health care systems, public finances will become strained in the medium term.

“Under our criteria, we see contingent fiscal risks to public finances coming from the banking sector. Malta’s domestic banking sector operates alongside a large offshore sector which, we believe, the government would not support in case of financial distress.

“However, dislocations in their funding could affect the island’s reputation as a financial center.”

Assets of the total banking sector are nearly 7xGDP while assets of core domestic banks amounted to about 2x GDP. Domestic systemically important banks include 25% state-owned Bank of Valleta (total assets €7.7 billion or about 8% of GDP) and HSBC Malta Bank (total assets €5.15 billion).

To this list, S&P would add fast-growing Mediterranean Bank (total assets €2.2 billion), which the agency expects to join the other two under ECB supervision soon.

Membership in the eurozone anchors Malta’s monetary policy and provides its banks access to funding at low nominal interest rates. Nevertheless, S&P believes that membership in a monetary union increases the onus on member governments to support competitiveness through fluid labor, product, and services markets, and to build up fiscal buffers against future shocks.

This is more the case now than a year ago, given that the ECB is undershooting its medium-term price stability target of close to, but lower than, 2% for the eurozone as a whole.

“We note that nominal unit labor costs have been increasing at one of the fastest rates in the euro area, posing risks for competitiveness when many euro area neighbors are undertaking structural reforms and internal devaluations.” 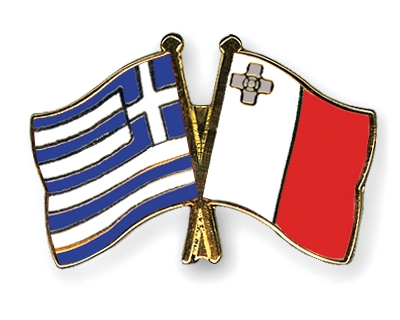