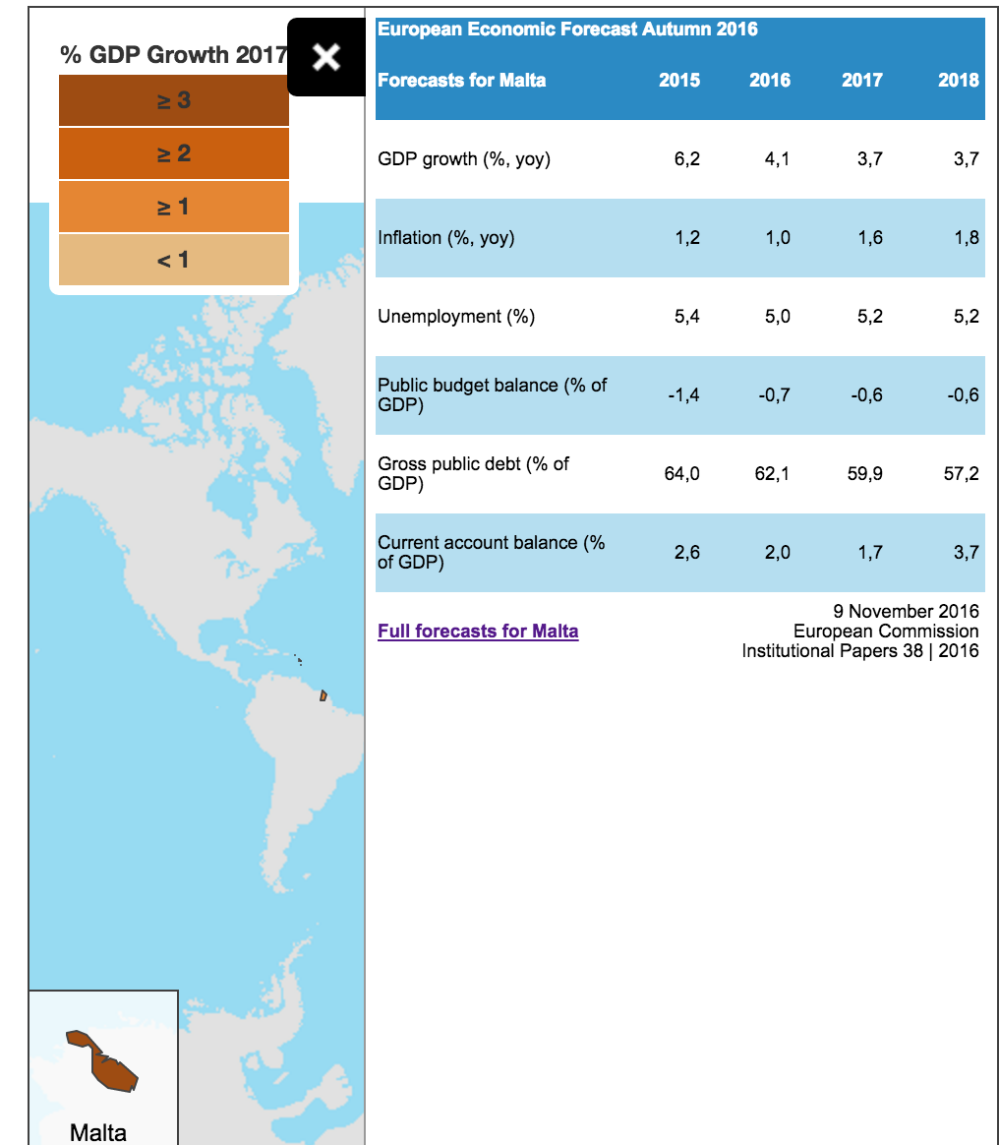 The third quarter of 2016 saw the national debt fall to 60.4% of GDP, its lowest level since 2008, according to a government press release.

“Over the course of the last legislature, national debt went from 60.4% to 71.5%, an increase of 11.1 percentage points. Under this administration, this increase has been completely erased,” read the statement.

It added that “in the last year alone, a reduction of almost 2.5 percentage points was registered” and that according to Eurostat, Malta had the fifth largest reduction in national debt.

“At the time when the leader of the Opposition was the deputy leader of the party in government, the national debt had increased at a rate of €103m a month, or 3.5% of the of GDP. This was the largest increase in national debt ever registered over a period of three months,” read the statement.

Moreover, according to Eurostat, the country register red a deficit of 0.5% in the third quarter of last year, on the back of two consecutive quarters where a surplus was registered, the government said.

“An analysis of the number shows that this is the first time that the country registered a surplus in two consecutive quarters. The surplus observed in the second quarter of 2016 is the best financial result obtained by the government since Eurostat started publishing statistics for Malta in 2000.”

According to the government, the results explain why Standard and Poor’s chose to upgrade Malta’s credit rating to A-. In addition to this, it said that without having to resort to austerity measures, the government has succeeded at bringing about strong economic growth, which is being used to strengthen public finances.