MALTAway, your way to enter the MALTA world

Greek Capital Controls To Remain For Months As Germany Pushes For Bail-In Of Large Greek Depositors….Italian debt is exploding what’s about the Italian Depositors? (in Italy bail in scheme has been already approved)

Two weeks ago we explained why Greek banks, which Greece no longer has any direct control over having handed over the keys to their operations to the ECB as part of Bailout #3’s terms, are a “strong sell” at any price: due to the collapse of the local economy as a result of the velocity of money plunging to zero thanks to capital controls which just had their 1 month anniversary, bank Non-Performing Loans, already at €100 billion (out of a total of €210 billion in loans), are rising at a pace as high as €1 billion per day (this was confirmed when the IMF boosted Greece’s liquidity needs by €25 billion in just two weeks), are rising at a pace unseen at any time in modern history.

Which means that any substantial attempt to bailout Greek banks would require a massive, new capital injection to restore confidence; however as we reported, a recapitalization of the Greek banks will hit at least shareholders and certain bondholders under a new set of European regulations—the Bank Recovery and Resolution Directive—enacted at the beginning of the year. And since Greek banks are woefully undercapitalized and there is already a danger of depositor bail-ins, all securities that are below the depositor claim in the cap structure will have to be impaired, as in wiped out.

Now, Europe and the ECB are both well aware just how insolvent Greek banks are, and realize that a new recap would need as little as €25 billion and as much as €50 billion to be credible (an amount that would immediately wipe out all existing stakeholders), and would also result in a dramatic push back from local taxpayers. This explains why Europe is no rush to recapitalize Greece – doing so would reveal just how massive the funding hole is.

However, with every passing day that Greece maintains its capital controls, the already dire funding situations is getting even worse, as Greek bank NPLs are rising with every day in which there is no normal flow of credit within the economy.

This has led to a massive bank funding catch-22: the longer capital controls persist, the less confidence in local banks there is, the longer the bank run (capped by the ECB’s weekly ELA allotment), the greater the ultimate bail out cost, and the greater the haircut of not only equity and debt stakeholders but also depositors.

To be sure, we have explained this dynamic consistently over the past several months. Now it is Reuters’ turn, which reports this morning that, far from an imminent end to capital controls, Greeks will be unable to access their full funds for months, if not years:

Greek banks are set to keep broad cash controls in place for months, until fresh money arrives from Europe and with it a sweeping restructuring, officials believe.

But as explained previously, new money will only arrive if and when the same banks suffer a confidence crushing stakeholder and/or a depositor bail in:

Rehabilitating the country’s banks poses a difficult question. Should the euro zone take a stake in the lenders, first requiring bondholders and even big depositors to shoulder a loss, or should the bill for fixing the banks instead be added to Greece’s debt mountain?

And here is Reuters’ realization of how our readers have known for months is a huge feedback loop dynamic:

Answering this could hold up agreement on a third bailout deal for Greece that negotiators want to conclude within weeks. The longer it takes, the more critical the banks’ condition becomes as a 420 euro ($460) weekly limit on cash withdrawals chokes the economy and borrowers’ ability to repay loans.

“The banks are in deep freeze but the economy is getting weaker,” said one official, pointing to a steady rise in loans that are not being repaid.

Also last week Fitch calculated a Greek NPL number which we first suggested was accurate to much disagreement by the mainstream: it is now accepeted that more than half of all Greek loans are likely to be non-performing.

Fitch noted that the total amount proposed of 25 billion euros for the Greek bank recap is sufficient unless deferred tax assets stop being considered as core capital. According to Fitch, 45 percent of the four systemic lenders’ core capital consists of deferred tax assets. The agency estimated the capital requirements at 11.2 billion euros on the condition thatnonperforming loans amount to 52 percent of loan portfolios, while the adverse scenario seeing bad loans at 60 percent would entail capital needs of 15.9 billion euros.

And that is the optimistic scenario. The likelihood is that the Greek economy has collapsed to a level where nobody is paying their loan interest or maturity. As such as an even greater NPL percentage is now quite probable. But one thing is certain: with every passing day in which Greece does not have a viable resolution of its banks, the NPLs will keep rising, and the ultimate deposit haircut will be that much greater.

As a result Germany is already demaning a bail-in of large depositors, those holding over the “insured” threshold of €100,000 with Greek banks, in a repeat of the Cyprus depositor bail-in template.

“We want, if possible, an initial amount to be ready for the first needs of the banks,” said one official at the Greek finance ministry, who spoke on condition of anonymity. “That should be about 10 billion euros.”

Others, including Germany, however, are lukewarm and could push for losses for large depositors with more than 100,000 euros on their accounts, or bondholders.

The amount of large depositors in Greece is about €20 billion according to Reuters calculations (far greater than the €3 billion in bonds issues which will certainly be wiped out in any major recap), which suggests that if a bail-in takes place, then some depositors with savings of less than €100,000 will also have to be impaired.

Furthermore, as we also explained a month ago, unlike in Cyprus where the biggest depositors were Russian billionaire oligarchs, who had zero leverage and even less sympathy with Europe’s depositors, in Greece the situation could not be more different especially since the local shipping magnates keep the bulk of their cash overseas:

Imposing a loss, something the Greek government has repeatedly denied any planning for, would be controversial, not least because much of this money is held by small Greek companies rather than wealthy individuals.

“This is not like Cyprus where you can say these are just Russian oligarchs,” said an insolvency lawyer familiar with Greece. “It’s the very community everyone is hoping will resuscitate Greece, namely the corporates. You’ll end up depriving them of their cash.”

None of this should be a surprise either: recall in June 2013 we explained that “Europe Make Cyprus “Bail-In” Regime Continental Template.” But while the French member of the ECB, Christian Noyer, is against depositor bail-ins, Germany is all for it:

The tone in Berlin is different, where some advocate not only that bank creditors foot the bill but also that the ESM steer clear of any direct stake, lumbering Athens with the banks’ clean-up.

“The recapitalization will have to be done by the Greek government so that means more money in the third program,” said Marcel Fratzscher, president of the Berlin-based German Institute for Economic Research. “It’s a loan they have to repay but there is no risk-sharing on the European side. They will have to bail in the private creditors. I can’t see how this could not happen.”

The most likely outcome for the Greek banks is a wholesale bailout by the ESM. That, however, comes with major strings attached:

One option, according to euro zone officials, is the direct recapitalization of Greece’s banks by the euro zone’s rescue fund, the European Stability Mechanism (ESM).

This could grant the Luxembourg-based authority a direct stake in the banks and greater control over their future.

That, however, would take Greece closer to the Cyprus model. Any such direct ESM aid requires that losses first be imposed on some of the banks’ bondholders and even large depositors.

And here is why we made such a big deal of Greece handing over controls of its banks to the ECB as we reported in mid July:

To avoid such orders, Athens is battling to keep autonomy in deciding the fate of its banks. Ceding further control could cost it dearly. Bondholders are nervous.

Alas, Greece already ceded control, remember: that was one of the main conditions for the Third Greek bailout, all of which we explained on July 13 in “Greece Just Lost Control Of Its Banks, And Why Deposit Haircuts Are Imminent.”

At this point the only leverage Greece may have, having squandered all of its true leverage when it decided not to pursue a “parallel-currency” system after the Referendum, is mere empathy with the rest of Europe’s population; however with its ruling socialists backtracking on all their promises and in fact pushing Greece into an austerity program harsher than anything seen yet, not even the leftist parties in Europe care any more if Tsipras’ government survives.

Indeed, Reuters summarizes the situation quite well when it says that “with its economy starved of cash and the threat of its departure from the euro zone hanging over talks, Athens’ room for maneuver is limited. One euro zone official summarized the mood: “Whatever sympathy there was for Greece has evaporated.”

Which is indeed the truth, and this time, Greece only has itself to blame. 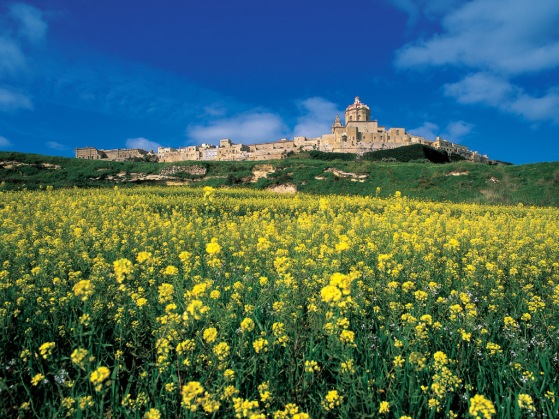 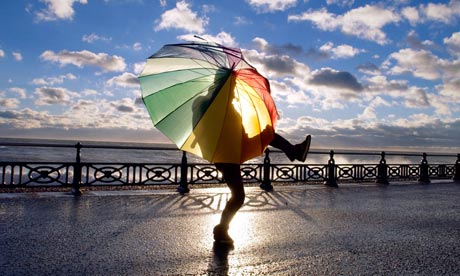